As we relaunch the EXEC Direct Report, we want to share with you items that your association has focused on in your behalf in January 2017.

Look for more updates about APMP business and outcomes on APMP’s Exec Direct. Check back often for future updates. 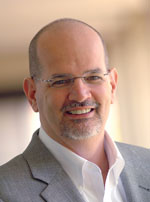 Rick Harris, CF APMP, is the Executive Director of the Association of Proposal Management Professionals. During his tenure, the association has nearly tripled in size and now serves bid and proposal professionals around the world. He can be reached at rick.harris@apmp.org.