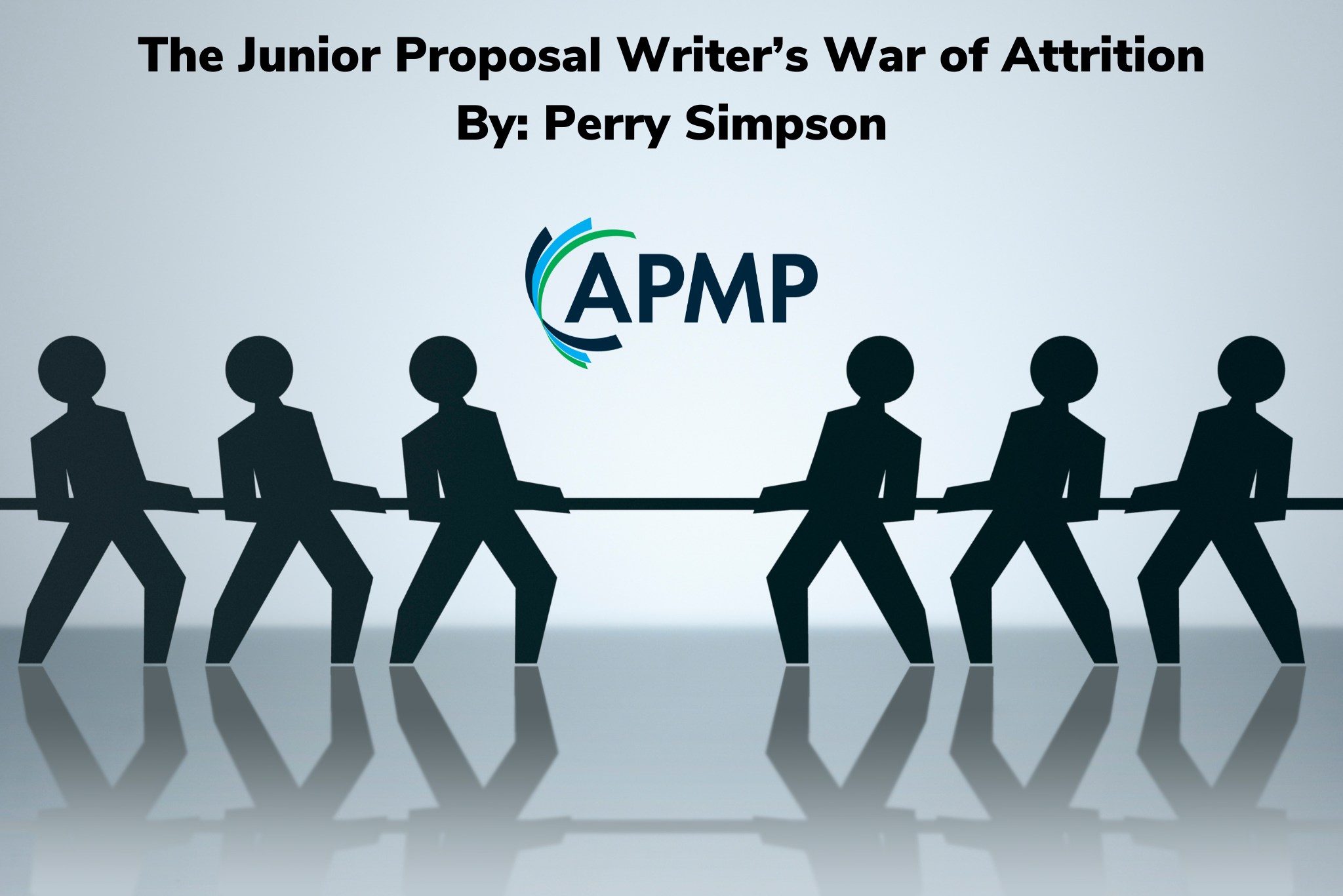 I don’t know if this is the case anywhere else in the world with finding proposal writers, but in Ottawa, Canada, finding senior proposal resources is a challenge. This is for a variety of reasons. Companies understand their value and seek to keep them comfortably employed, but it’s also because a lot of fresh-to-the-industry junior proposal writers don’t make the leap from junior to intermediate to senior. So why is that?

Again, this is for a variety of reasons. Like any job or career, proposal writing isn’t for everyone. There is no real training for proposal writing in the college and university settings.  There is no Bachelor of Proposal Writing. A university will train you to become an engineer. That engineer is likely to want to become a senior manager. No one tells that engineer that proposal writing will become a large part of their future management responsibilities, which is horrible if they disdain writing and research. There is training through organizations like APMP and Shipley, but precious few companies take the time to grow their proposal team through training.

Junior proposal writers tend to be hired with little to no experience with a “sink or swim” attitude in the hope that they sink their teeth into proposals and grow themselves. This does happen, but a lot of junior resources find themselves feeling like a fish out of water in their first couple of years, crushed by the stress of voluminous amounts of information compounded by multiple concurrent deadlines. The lack of training and stress crushes them out of the industry. I’ve seen it far too often, and will see it again and again.

Having been in the world of proposals since 2003, I’ve trained a lot of proposal writers, as well as recruiters (Shakespearian aside: I train recruiters because they then feed the proposal team with resources that better fit roles with more tailored CVs). I tell them all the same thing about writing proposals; if someone had told me 20 years ago that I’d have a great career reading and writing for a living, I’d have never believed them, but here it is. Have no doubt, proposal writing is a career, if you are strong enough, tenacious enough, and meticulous enough. In RFPs, the devil is in the details, and it’s your job to not miss any, including each deadline.

I’m also asked what I like about proposals. It may be different for someone that writes proposals in a single subject matter like translation, but when you work in multiple subject matters for multiple clients, each RFP is a new puzzle. A challenge to solve. I’m not someone who does well being bored, and I use the stress of the proposal deadlines to drive me, knowing each experience continues to grow my skill sets, professional reputation, and client-base.

A former employer once said that the proposal writer has a thankless job. You submit the proposal and hear “Great. Thanks. So what RFPs are you behind on now?” I have written hundreds of successful construction proposals, and when those facilities are constructed, people may know the name of the architect and constructor, but no one will ever know the name of the proposal writer that was instrumental in enabling that team to put shovels in the ground. That being said, you yourself will always know that you were a substantial part of something important. That could be a new building, an upgraded software, implementation of new business processes, etc. You aren’t working on the result of the award, but you are fundamentally tied to the award. Companies far too often forget that.

I also tell employers to do something simple that few ever do. Celebrate every success! Big or small. When Michael J. Fox went home to his parents in British Columbia with his first Emmy, the next morning he found his Emmy on a hallway table surrounded by his sister’s swimming trophy, his mother’s bridge trophy and his father’s bowling trophy.1 Celebrate all successes.

Companies and recruiters alike frequently contact me asking if I know any junior proposal writers looking for work. How do we make this situation better? There are several methods, but each requires a distinct effort and investment;

Around 2016 I noticed that when companies reached out to me about opportunities, one of the questions that was asked more frequently was “Are you APMP certified?” In 2018, I did it, and wear it as a badge of honour.

About the author: Perry Simpson, PMP, CF-APMP lives near Ottawa, Canada. He’s been in proposals since 2003. He holds degrees in Political Science and Law. He’s worked on over 1,850 proposals resulting in over $250 million in consulting revenue and $7.5 billion in construction awards. You can contact Perry here, https://www.linkedin.com/in/perrydsimpson/ 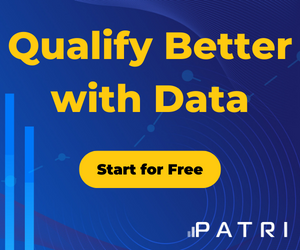