Engaging the Next Generation, Advancing the Profession

Krystn Macomber, CP APMP Fellow, LEED AP, has many things she wants to accomplish this year during her term as APMP chair: to advance the association’s diversity, equity and inclusion strategy; to lay the foundation that allows APMP to reach its next membership milestone; and to create resources that help make bids and proposals an intentional career path.

She would also like to wean her daily Starbucks habit. That one, she says, has been somewhat unsuccessful, though.

Iced tea and almond croissants aside, Macomber, who is the associate, regional marketing manager at Burns & McDonnell in Orange County, California, is passionate about what APMP will achieve over the next year. DE&I efforts are already underway, with the addition of the new affinity resources leader position to the executive committee, and work on the Winning Business Ecosystem — put forth by APMP Past Chair Mike Walsh — will continue, as the focus on disrupting departmental silos and engaging members in adjacent roles expands. Last year, APMP crossed the threshold of 10,000 members, and Macomber wants to “continue the trajectory and set ourselves up for the next milestone — 20,000 members,” which means maintaining focus on delivering high-quality benefits, as well as attracting new people to the association.

Macomber aims to take this even further by attracting new professionals to the bid and proposal industry itself. The APMP Intentional Career Path (ICP) Task Force, of which Macomber is co-chair, is essential in executing this. The purpose of the task force is to provide a plan for APMP and its chapters to promote the industry as a career path and make it an intentional career choice. One of its key initiatives is to create paths and partnerships with educational institutions to help introduce and promote the profession and the association.

“I fell into this career — most of us did, and I want to change that,” she says. “I want to go to a conference one day in five to 10 years, and when the speaker says to raise your hand if you fell into this career, most people don’t raise their hand. I want people to go to school to be proposal professionals, and educational institutions everywhere to teach classes about proposals. There’s potential to change this, and with that change comes growth for our association.”

While there are some institutions in various places around the world that have courses around proposals, the number is low. The ICP Task Force has developed several resources, including a new student membership program and chapter leader toolkit that launched in February 2021, that provide information on connecting with students and developing programming to engage future professionals.

“Our profession has tremendously evolved since the beginning days of APMP,” Macomber says. “We are now well-respected in our companies, and we have certification to validate our knowledge — we no longer hide in the basement of our company offices, eating pizza and pumping out proposals at all hours of the day and night. We have a real seat at the table. We contribute to the growth of our companies. We are winning business professionals! The next step is to build a legitimate career path for young folks to aspire to. Their only options for a great career aren’t to become a lawyer, doctor or accountant — they can become bid and proposal professionals, too.”

Macomber knows the importance of engaging students firsthand. She has recently hired two former interns at Burns & McDonnell to be full-time staff on her proposal team. “Seeing them fall in love with the profession and really starting to build their own brand, just like me 18 years ago, has been really cool.”

In her own career journey, Macomber’s first job was in sales for a food service company (“It was terrible — I hated it.”), before she moved to Washington, D.C., where she finally entered the world of bids and proposals at a small family-owned architecture firm.

“They hired me as the marketing director, although I directed no one — not even myself because I had no idea what I was doing,” she says. “And it was almost all proposals for federal clients, so I basically learned federal proposals on the job, six months out of college.”

It was at this point that Macomber fell in love with bids and proposals. “It was right up my alley — all my strengths and all my favorite things,” she says. “Having played Division 1 basketball in college, I’m very competitive and I love that aspect of it. I love that it’s like a big strategy game, where you have to figure out what you’re going to say, what your competitors are going to say and how to say it better.”

Three years after the move to D.C., Macomber was recruited by a global AEC firm to build their marketing/proposal team from the ground up. One of her colleagues recommended she join APMP.

“I went to my first conference in Palm Springs and forever fell in love with my people,” she says. “Some of my best friends I’ve met through APMP. We don’t work together. We may only see each other once a year, but we’re the best of friends, and we love each other dearly. That connection and that family environment is so unique to APMP.” 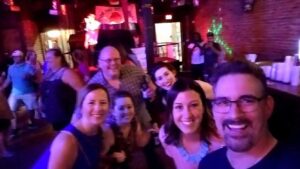 Macomber and some APMP friends at BPC

Getting involved with the association, Macomber says, has allowed her to grow professionally through education, certification and networking, which has given her access to a group of people she can tap into whenever she needs advice, especially during the tough times of a global pandemic. “We’ve all had to pivot because of COVID-19, but the good thing about having a network through APMP is that you don’t have to feel like you’re out on an island and that you have to figure it out by yourself. It’s just another benefit of making connections with people in the association.”

For those who want to get more involved with APMP, Macomber advises starting with your local chapter. She has had the unique experience of serving in leadership roles for three chapters (thanks to living on the East Coast, in the Midwest and now on the West Coast) and says that the experience allowed her to learn a lot more. 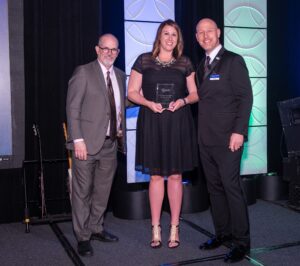 “I learned so much about myself, leadership, volunteer roles, etc., by first joining a chapter committee, then the board,” she says. “I wouldn’t be able to do this job as chair if I hadn’t been in a chapter leader role. But it all starts with contacting the local chapter chair and telling them you want to get involved. Help plan an event. Find sponsors or speakers. Don’t just stay in your bubble. Sometimes people think they have to know it all or have all this experience before they can apply to be a chapter leader, but you don’t. You need room to grow. If you know how to do everything in that job, then you’re not pushing yourself to get to the next level.”

This idea — the thought of constantly challenging yourself — is key to Macomber’s personal philosophy and something she encourages others to consider, especially during a time like this, where the industry and business landscape are ever-evolving.

“My favorite quote is, ‘If it doesn’t challenge you, it doesn’t change you,’ and that’s something I live by and I push the people on my team to live by. It’s important to always be growing and finding ways to do something outside your comfort zone.”

Frances Moffett is the managing editor at APMP. 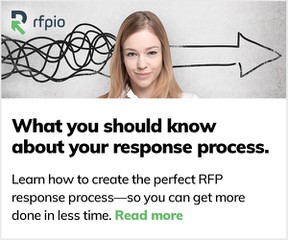