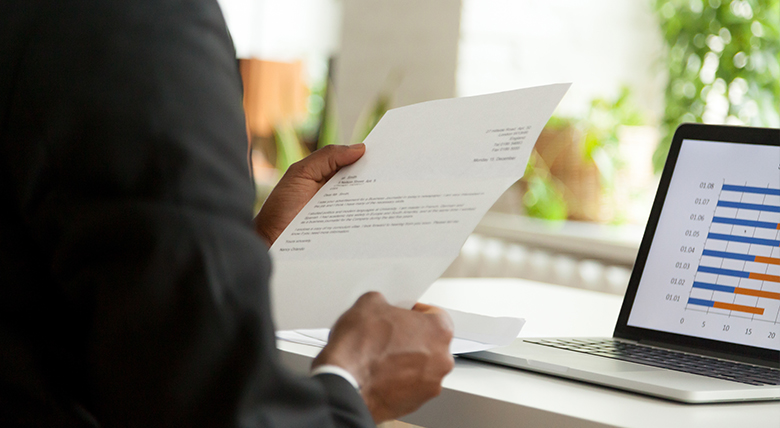 What’s one of the most underused tools we have for proposals? Cover letters.

Cover letters can be much more than just a formality. They can be a powerful tool to amplify your message and guide your client. And, as opposed to executive summaries, which serve as somewhat of a mini-proposal, cover letters can offer a quick, positive first impression while still outlining key points and captivating your audience.

First, give your reader some space. Which of the below letters are you more likely to read from start to finish? 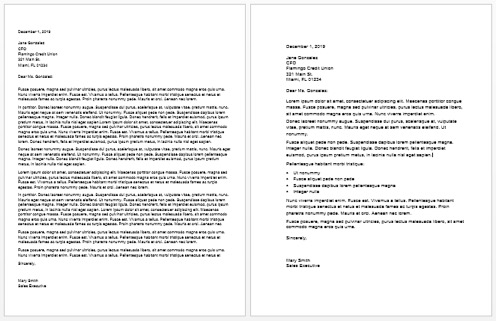 You picked the second one, didn’t you? You want your letters to be read. Giving readers some literal space on the page helps them to easily read and engage with what they’ve read.

You may feel you’re communicating way more information in a letter like the one on the left, but who’s actually going to read it? The simple act of leaving some white space expresses a sense of friendly conversation rather than a dense download of data for your reader to trudge through. This is your chance to engage the reader with information that’s a little lighter and livelier than what they’re probably about to dive into with the proposal.

How Not to Start

When I was looking for a new job several years ago, I asked a good friend who started her own civil engineering firm (and submitted lots of proposals) what she would look for if she were hiring someone like me, a writer and an editor. “Everyone starts their cover letters with, ‘Thank you so much for the opportunity to …,’” she said. “I would want someone who doesn’t do that.”

If you take one tip from this article, let it be to never start a cover letter with “thank you.” It’s boring, and almost everyone does it. This seemingly respectful thank you does not help your organization to stand out or inspire your reader to keep reading. Depending on the circumstances, the potentially worst-case scenario is it comes off as desperate groveling. (It is polite to thank your reader, but we’ll get to that.)

Many of us on proposal teams don’t have a direct relationship with anyone who reviews our submitted proposal. Sometimes, even the person at your own organization who’s signing the letter doesn’t either.

That being noted, you can still focus on the client (or prospective client) rather than your organization in the opening sentence to create a “hook” that helps your reader want to keep reading. Glean a fact or two from the RFP or have a conversation with the salesperson to learn about the root of the client’s issues. Recognizing the client’s successes is also a great way to start, as shown in the examples below.

Maybe the client’s business has quickly expanded, and that’s why it issued an RFP:

It has been exciting to learn about the recent growth at Flamingo Credit Union.

Maybe the client is looking for new software for its loan program:

Our team recognizes the energy and resources you have put into developing a vibrant lending program at Flamingo Credit Union.

Are these ideal opening sentences? No. They’re imaginary hooks for an imaginary company with imaginary issues. But they’re about the client and its accomplishments, not your organization’s achievements.

Between the opening and the closing, what can you put in the middle that’s actually going to get read? At one of the early jobs in my career, I was on the receiving end of an enormous amount of proposals. I had less than a half day each week to review dozens of them, so I had to learn to be efficient.

On the cover letters, my eyes were naturally drawn to three things: the opening sentence or two, bullet points, and the closing sentence or two. If anything in those three places caught my eye, there was a good chance I’d read the whole letter.

Writers often recommend storytelling in a cover letter, and I agree. If you have a story about how your organization helped a client solve a problem, shape it into a two- or three-sentence anecdote and absolutely use it.

Writers often recommend storytelling in a cover letter, and I agree. If you have a story about how your organization helped a client solve a problem, shape it into a two- or three-sentence anecdote and absolutely use it.

If a relevant story isn’t available, bullet points can be a great substitute. They’re visually inviting and provide quick information for your reader. The shorter the better. If they have to be longer, try formatting them as a heading with a description, such as:

The closing paragraph is also a good place to provide specific contact details. I’m going to tell you the same thing your high school English teacher said during your persuasive writing unit: End with a call to action. A sentence as simple as “Please give me a call or drop me an email with any comments” invites your reader into a continuing conversation.

A cover letter is usually a freebie sales document—a page we can do with as we wish. Let’s make the best use of every moment of influence we have and not treat the cover letter as a mere transmittal letter (i.e., a “here it is, let me know if you have any questions” letter).

A cover letter is a valuable opportunity to differentiate your organization. Techniques as simple as using a few bullet points, providing some white space, and avoiding the “thank you” opener can make sure your letter gets read.

Laura Yribia is a writer and editor at Fiserv, a Brookfield, Wisconsin-based financial services company specializing in fintech and payments. She can be reached on LinkedIn.