To Bid, or Not to Bid — That Is the Question 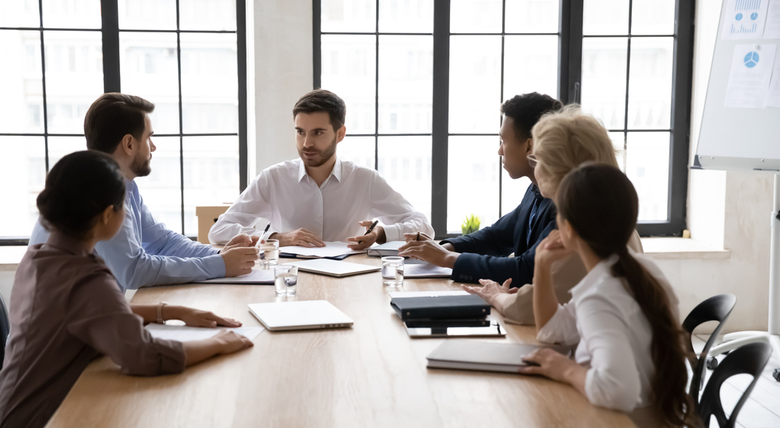 Not too far off from Hamlet’s soliloquy, my industry customer was handed a contracting death sentence from their government customer — a “termination for default” is the official contracting language. After many months of customer frustration, the dreaded notice arrived, letting my customer know that all remaining funds on the program were being withdrawn and reprogrammed toward a new solicitation inviting other companies to help the government salvage the program.

The financial impact on my customer’s business was extreme, causing an immediate layoff of nearly half their labor force and a restatement of forecast earnings to their parent company, a publicly traded Fortune 250 defense contractor. I was tasked by the parent to spend a few months onsite to see how much new business could be generated to make up for both the economic and reputational shock.

My first question to the new general manager (the previous one was dismissed after this incident) was whether he had plans to bid on the government’s revamped solicitation. I’ll avoid repeating his linguistically colorful quote. Let’s just say he thought I was crazy for even suggesting it.

Most of you know the government contracting sales cycle. It’s months, if not years, long. So, this seemed to me to be the quickest way to a win and the best opportunity to reclaim our trustworthiness — this last word being the key. The common interpretation of trust is that of a binary, permanent character trait. You either have a reputation of being trustworthy or not.

Dr. Fernando Flores, an engineer, philosopher, entrepreneur, and politician, has an uncommonly powerful perspective on the topic. In his 2013 book “Conversations for Action and Collected Essays,” he articulates four observable attributes of trust: competence, reliability, sincerity and engagement. To illustrate his framework, I like to use a simple thought experiment.

Assume you have a regular landscaper who has been tending your yard for years and a dentist who has been tending your teeth over the same timeframe. If I move into your neighborhood and ask if you have any trustworthy service providers I could use for my own needs, you might recommend both the landscaper and the dentist. But if I were to ask you if I could trust your dentist to groom my lawn or, worse yet, ask the landscaper to groom my teeth, of course you, nor I, would consider such a thing. This immediately reveals the first attribute of trust: competence in the domain of action that one declares to be trustworthy.

In other words, trust is not a question of one’s morality, rather it is what Flores calls a “grounded assessment” of demonstrable actions. Are the landscaper and dentist competent to do the work? Yes or no. While necessary, competence in and of itself is not sufficient. If the landscaper is constantly overdue on their agreed upon grooming schedule, then you would assess them as not being able to manage their commitments — a lack of reliability.

When it comes to the dentist, even competence and reliability are insufficient if, for example, they say you need a root canal when all you really need is a cavity to be filled; they are not being sincere. Lastly, assuming the dentist is competent, reliable and sincere, if they are working out of the back of a mobile office trailer, you would likely conclude that they are not engaged in their practice, and you’d question their ability to take care of future commitments.

This, then, is the diagnostic I needed to perform regarding my customer’s death sentence: Which of the four attributes of trust were broken, and is it repairable? Reviewing all the program’s internal documents and external reporting to their government customer, I rapidly assessed that my client had been:

I trust (pun intended) you picked up on the missing element — competence. This was a program involving flight testing, and it was clear to me that neither my client nor their chosen subcontractor had the requisite skills for this type of precision aviation application. This is where we found the solution to our bid/no-bid dilemma.

“Be all my sins remembered.”—Hamlet

We let the existing subcontractor go and engaged a new flight dynamics team from a company we knew had a trustworthy reputation with the government. Once the new solicitation came out, we employed a three-part strategy. First, we reminded the customer of how reliable, sincere, and engaged we were, using documented examples from prior contract work. Then, we acknowledged the failures on the competence piece, pointing out how we fixed that issue with a new subcontractor. Lastly, in our effort to please even Hamlet, we “suffered the slings and arrows” of a self-imposed financial penalty in the final pricing to recognize the burden that had been placed on the government customer for having to re-bid this work.

The previously withdrawn funding was split among three winning bids, one of which was ours. While it did not fully restore my client to their former state, it allowed them to continue with the program for another two years until the program’s intended outcome was eventually replaced by a different technical solution.

“If someone likes you, they’ll listen to you, but only if they trust you will they do business with you.” —Zig Ziglar

The following mnemonic can help you employ this technique in your own proposal work. By replacing Dr. Flores’ term competence with ability and reordering the words — Engagement, Ability, Reliability, Sincerity — the phrase “trust your EARS” has proven to be a useful memory jogger. After all, every proposal submission is your best attempt to prove your trustworthiness to the evaluators. We can see it in the volume titles: technical = ability, management = engagement, and past performance = reliability and sincerity.

Zig says it best: It takes trust to win the business.

Jeff Goldfinger is the founder and co-owner of Xtra Mile Training, providing human capital development for learning to outcompete in the market. He has amassed an 82% win and 91% value rate accumulated over two decades. He has a computer science degree from Northwestern University and currently resides in Spain. 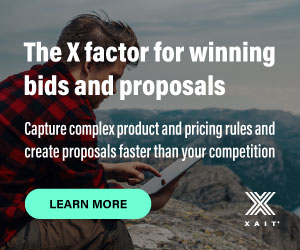