Robotic Process Automation and AI: The Future for Proposal Creation 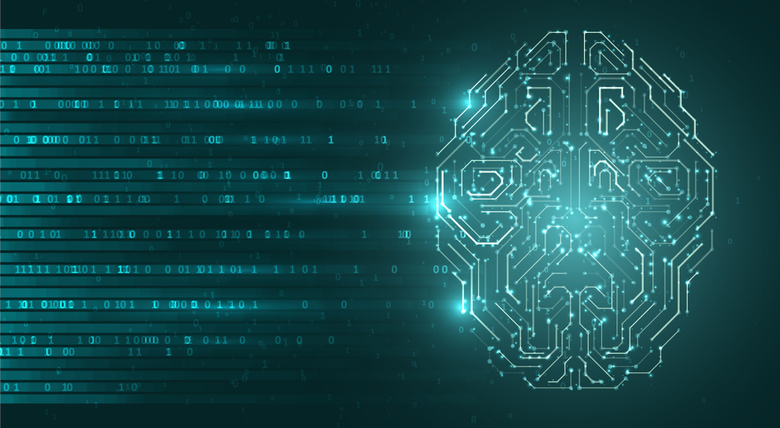 For the last few years, there has been a huge buzz in the business world about robotic process automation (RPA) and artificial intelligence (AI). The global RPA market size is forecast to reach $25.56 billion by 2027; for the AI market, that number is $733.7 billion. Industry gurus say we are in the middle of a fourth industrial revolution, or Industry 4.0, which is a revolution of cyber-physical systems where the capabilities of humans and machines merge. According to the tech blogs and publications, instead of technology being a thing that we use, it will become completely embedded in our lives and bodies. There is talk of machines replacing human beings altogether.

Yet despite all the hype, most of us are still manually writing proposals. If this technology is so amazing, why isn’t it changing the world yet? Should we be fearful that technology is going to take our jobs or frustrated that it isn’t making our jobs better?

In part, the answer to these questions lies in our (mis)understanding of these terms, especially AI. AI refers to the automation of intelligent behavior. So far so good. But what does that intelligence look like? The excitement around AI has created expectations of it that don’t currently match with reality. Nourished by films such as “Alien,” “Blade Runner” and “Star Wars,” the mental image that the term AI conjures for most of us is a form of creative consciousness that can think like humans and solve problems. We are still waiting for it to arrive when, in fact, AI is already part of our everyday lives. It is increasingly used to automate or optimize things that people can do, from sifting through CVs against recruitment criteria to facial recognition. But we don’t recognize it as such because it doesn’t match our expectations. It doesn’t look anything like human intelligence; it’s simply an automation process that has mastered one, ultra-specific task.

AI and RPA — Understanding the Terminology

As technology advances, so does the jargon around it, leading to overlap and confusion, especially as even AI experts often disagree. To understand AI, we need to start with RPA, which is, in short, any business process automation where a set of instructions is defined for a robot to carry out. The term “robot” is misleading, however, as this is a software bot, not the type with arms and legs.

It is programmed to mimic human actions in computer applications and systems in basic, repetitive tasks. It uses the software application’s UI, grabbing and clicking information the same way that a person would. It works by applying logic-based rules to known data and is useful for highly predictable, process-driven activities with defined rules. It can’t accommodate change or rule exceptions, it can’t make judgements, and it has no intelligence of its own. If something out of the ordinary is encountered, the bot doesn’t know what to do, causing unexpected results.

Also, it can only perform one sequence and has not been able to link processes. It isn’t very exciting in itself, but it improves efficiency on repetitive, high-volume tasks by reducing error rates and providing room to focus on more value-adding activities.

So, how does RPA differ from AI? Whereas RPA describes software bots mimicking human actions within applications, AI refers to machines that can simulate human intelligence. At this point, this “intelligence” is still basic, compared with what we might think of as intelligence. However, it can learn, generate hypotheses, analyze data, process language and provide insights.

When RPA is put with AI technologies, such as machine learning and natural language processing, the result is software that can start to monitor and learn from what humans do, exponentially increasing its capabilities. It can start to make decisions for itself without the need for human intervention to proceed to the next stage.

AI can significantly enhance RPA’s capabilities. For example, RPA can scrape data off websites, and AI can use pattern learning to decide which of that data is relevant to a proposal and where to place it. In turn, RPA can improve the functionality of AI. AI needs large amounts of data to learn from, to recognize and understand patterns. This has been a key challenge in building AI effective programs. One area that RPA excels in is gathering data. The more data AI has to work with, the better it will be.

AI is beginning to redefine the role of RPA, transforming it from a background task performer to an independent solutions builder. It is easy to see RPA as a “lesser” form of AI, but the reality is that both are part of a continuum of technologies, and it is the combination of these that will take automation to the next level. This intelligent automation continuum is often referred to as hyperautomation.

“Converging AI with RPA enables businesses to automate more complex, end-to-end processes than ever before, and integrate predictive modeling and insights into these processes to help humans work smarter and faster,” says Kashif Mahbub, vice president of product marketing at Automation Anywhere, in an August 2019 article published by The Enterprisers Project.

Where Does This Fit into Proposal Creation?

Essentially, the increased merging of RPA with AI means that technology is finally beginning to catch up with some of the expectations around AI and proposal management software. Proposal teams may have hoped that technology would automate the proposal creation process end-to-end. So far, we have experienced the automation of specific tasks. Now, with cognitive capture (ingesting data via multiple channels and using AI/cognitive algorithms to put it into a specified, structured format) and process orchestration (linking tasks and automating workflows), we are seeing the integration of RPA with more cognitive capabilities.

What Can Proposal Creation Software Do?

There are great technologies available for proposal creation, and they are getting better all the time. Whether it’s RPA, AI or just good tech is sometimes a gray area, but this is really a moot point. Hyperautomation is advancing all the time. Available tools include the following capabilities:

What Can’t It Do?

AI is not yet living up to its hype. Even enthusiastic early adopters are still struggling to integrate the new technology with their existing tools and workflows. Currently, most tools still require repeated interventions to perform the required tasks, which involve interrupting the process and uploading new documents. However, the technology is advancing rapidly. Many of the issues that hold it back, such as the inability to coordinate and automate workflows, are being addressed by the collaboration of RPA and AI. As integrations become more effective, the tools will become increasingly useful.

However, there are some functions that AI is not close to being able to perform. When it comes to bid gate, it may be able to research, compile and provide reliable insights. It can even make a recommendation. But it can’t make the decision whether or not to bid. It doesn’t have the common sense of a human being, nor the experience, to envision the risks and results of a critical business decision. Perhaps more fundamentally, it does not have emotion, which is critical to being able to make a decision.

Skills such as emotion, social understanding, empathy and persuasion — the toolkit of salespeople — are not on the automation continuum.

What Does the Future Hold for Proposal Creation?

RPA and AI are both great tools for streamlining business automation. The integration of the two technologies is taking it to another level, and we have only begun to scratch the surface of its potential. In the future, it will undoubtedly increase the efficiency of a proposal process, enabling teams to focus on the right opportunities with exactly targeted content.

So will proposal writing become a numbers game, with computers churning out automated responses to every tender? The safe answer is, not for quite a while. The analysis above reveals two aspects of proposal creation:

It’s safe to say that AI won’t replace our jobs anytime soon, but it probably will change them. People do not thrive on performing the same tasks repeatedly for long periods of time. Human error is inevitable. Technology improves accuracy and precision, reduces costs and optimizes performance. Business will rapidly embrace it, but it carries out tasks, not jobs. This technology can release us from the more tedious, time-consuming elements of proposal creation and empower us to work more strategically and creatively. Used well, it will make our jobs better.

And if we ever reach a point where AI is writing proposals for us, won’t it just mean that there will need to be another level of criteria to distinguish one proposal and another? And isn’t it likely that the differentiation will be the part that’s provided by human intervention? In a world full of automated proposals, the ones that stand out will be those with that edge of human authenticity. Humans are not passé yet. The phrase “people buy from people” still sounds a lot more convincing than “people buy from bots.”

Katy Alderson is the head of relationships at PerfectIt™ for Microsoft Word. A freelance bid writer, she has over eight years bid and proposal writing experience, and now works with proofreading software that assists with proposal writing. She is passionate about harnessing innovations in technology to optimize proposal creation and free writers up to do the things they do best — write! 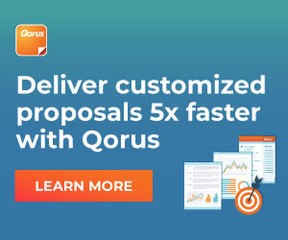