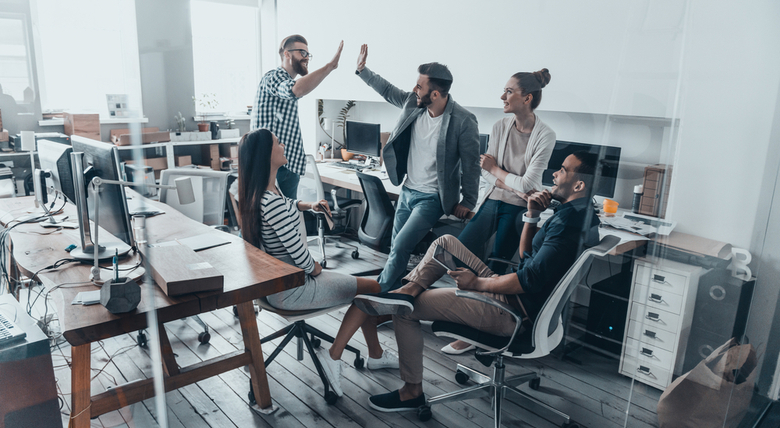 When bids are won or lost by fine margins, a high-performing team that’s greater than the sum of its parts can make the winning difference. It sounds obvious, but how do you achieve it?

A “high-performing team” means many things to many people, but in my experience, it describes a group of people with a common goal, who support each other, listen to and respect one another, admit to and learn from mistakes, and recognize each other’s contributions and achievements. Now that more people are working remotely, it’s even more important to find ways to encapsulate this and develop a winning ethos.

A simple and proven technique is a team charter, which is a concise description of a team’s goal and purpose, the ground rules it’ll abide by and an agreement for how to implement it. You need all these elements to drive a real change in behavior.

While charters are usually instigated by the bid/proposal lead, they belong to the whole team, as they’re responsible for embracing it. They can be used to unify either a bid/proposal team collaborating to win a specific opportunity, or they can apply to a wider functional group within a company.

The biggest benefit, however, is the open discussion that forms the charter in the first place. Having a conversation about what makes each person tick, what irritates them and what working on the bid means to them can have a galvanizing effect that endures through the bid and beyond. Learning this in the heat of battle can be counterproductive; learning it afterwards is a wasted opportunity.

Once agreed upon, the charter is shared amongst the team, and people from the most senior to the most junior are asked to buy into its intent. Presenting it at the kick-off and including it in the capture or proposal plan are good ways to communicate it. To help give it weight, a senior sponsor should endorse it and champion its use.

Every high-performing team has a goal — a common purpose to aim toward. These goals could be creating an outstanding proposal that becomes a company exemplar, developing a new company proposition that positions you to win or beating an established incumbent supplier to increase market share.

2. Agree to the ground rules and guiding principles.

Ground rules describe the behaviors and expectations of team members. Consider the aspects of performance, responsibility, unity, pride and respect. For example:

3. Hold each other accountable.

Anyone on the team should be empowered to call out something they think contravenes the spirit of the charter. The team becomes self-managing, as everyone has consented to behave in a certain way toward the common goal.

Agree how you’ll keep the charter alive throughout the bid by referring to it at key meetings, at the beginning of each stage, when someone new joins the team or when the team is feeling challenged. To remain relevant, the charter should evolve as the bid progresses.

Here are some additional steps you can take to ensure success using the charter:

High-performing teams with a common goal and clarity of purpose are an essential component to winning business. With many people adapting to new ways of working, team charters are a simple and effective technique for unifying and motivating a team to fulfill its potential.

Jon Darby, CPP APMP, is the managing director at BidCraft. He’s served on the board of APMP UK for seven years in the roles of marketing director, vice chair, chair, past chair and awards director.