Using The Chicago Manual of Style in Your Proposals?

A New Way to Automate Your Style Guide 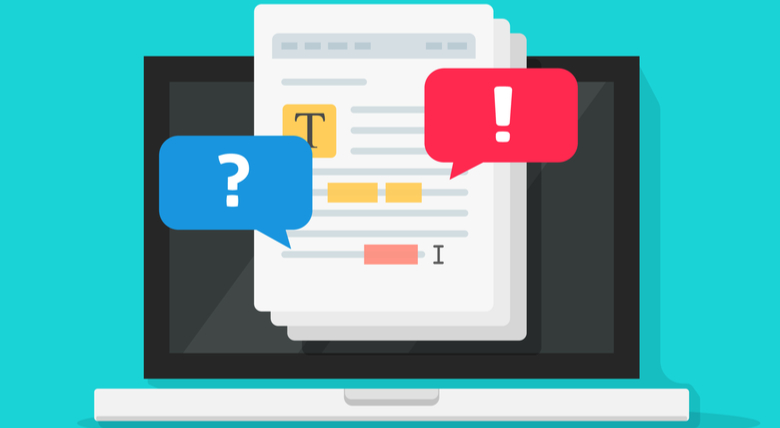 Do you remember the first proposal you worked on as a professional? It was probably a lot like mine: Someone gave you a massive document to proofread, and you had the seemingly interminable task of finding every typo, inconsistency and other quality control issue (and not enough time to do a good job of it). We all went through it!

This didn’t just happen to me once, though. I was preparing proposals as an economic consultant, and we kept doing the same thing at the end of every project. We would reach the point where every section of the proposal was the best we thought it could be, and we would do a round of high fives. Then, right at the end, it was someone’s thankless job (usually mine) to check the whole document for small quality-control errors. Did the client prefer to be called “F1” or “Formula One”? Did “ITT” mean “international trade team” or “invitation to tender”? Were we “advisers” or “advisors”? It took hours, and I wasn’t even good at it. To this day, I’m still terrified of en and em dashes!

The pain was real. But it led to my aha moment. I knew there had to be a better way. I knew my experience wasn’t unique. There was someone like me in proposal teams everywhere, painstakingly working through every page, correcting every error manually. That’s why I developed PerfectIt.

When I launched PerfectIt, proposal writers weren’t interested. I couldn’t even sell it to my former employer. Instead, the tool found an unexpected audience with professional proofreaders and editors. I had never been a proofreader or editor (and I knew for a fact that I’d be a terrible one); yet the program was a hit in those circles.

Six years passed, and a lot changed. We received hundreds of emails from editors with suggestions for improvements, and PerfectIt got a professional team of engineers to build those changes into it. That new product, honed by editors and built by developers far better than myself, meant proposal writers started paying attention. Proposal teams around the globe began to recognize the benefits. My old employer didn’t exist anymore, but the company that purchased them became a major customer. And I knew we’d created something special when Microsoft’s own proposal team became enthusiastic clients.

When I started on this journey, I could not have imagined an honor greater than that. But it turns out that the best was yet to come.

Now, another five years later, we’ve taken our proposition for proposal teams to a new level by partnering with The Chicago Manual of Style. Until now, proposal teams have been able to build their proposal style or client style preferences into PerfectIt, but what if this style was based on a 1,000-plus-page tome such as The Chicago Manual of Style? They couldn’t realistically replicate that themselves. Several clients we work with follow The Chicago Manual of Style and are tasked with customizing and adapting it for their proposal team, including industry-specific and buyer preferences. One of our clients was building a style guide from scratch, based on Chicago and then adapting it line by line to the house style. “Wouldn’t it be great,” they said, “if Chicago was already built into PerfectIt?” Well, now it is.

What sets PerfectIt apart from other editing software is that our audience is language professionals who don’t want to be slowed down with lots of false positives. That’s why The Chicago Manual of Style for PerfectIt intentionally doesn’t find everything. It doesn’t correct your work for you. Instead, it finds examples in your text to teach the principles of the manual and improve your writing and editing. It helps you lift the standard of writing and editing of your entire team, while offering eagle-eyed assistance on some of the most difficult and time-consuming errors to spot.

For more than 115 years, The Chicago Manual of Style has provided the guidance that editors, writers and businesses use to make editorial decisions. I hope our work will mean you spend less time on irritating typos and mind-numbing consistency issues. If it helps you get back to the core of your work — persuading clients and winning business — then it will be exactly what I always wanted this business to be.

Daniel Heuman is the creator of PerfectIt and the CEO and founder of Intelligent Editing. His software is used by proposal writers around the world. Heuman divides his time between London and New York.

This thought leadership article was sponsored by PerfectIt.

PerfectIt is the leading software among professional proofreaders and editors. From translators and lawyers to proposal managers and medical writers, a wide range of professionals in 72 countries rely on PerfectIt to improve their documents.